How To Get Distracted Part 1: 2012 is the year of the meetup

I used it in one of my sample phrases for [bbboing] to fiddle with. On the 1st of April I was thinking of an April fool along the lines of if you type “code is poetry” into bbboing and get “code is poetry” returned then you win a prize. Imagine my surprise when I was making changes to oik-plugins – I’d just done a banner image for [bbboing] – and I noticed that “2012 is the year of the meetup” was the phrase that came out unchanged. 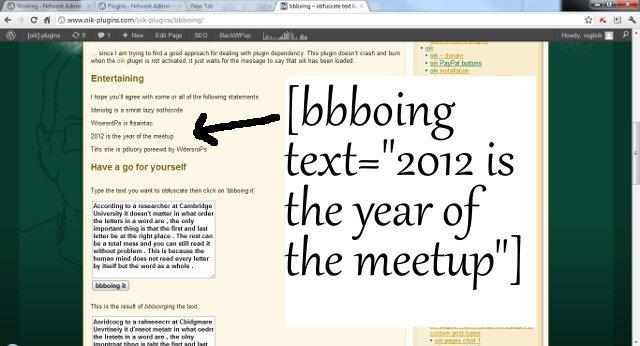 In part two of this series… hold on I’ve just had an idea.