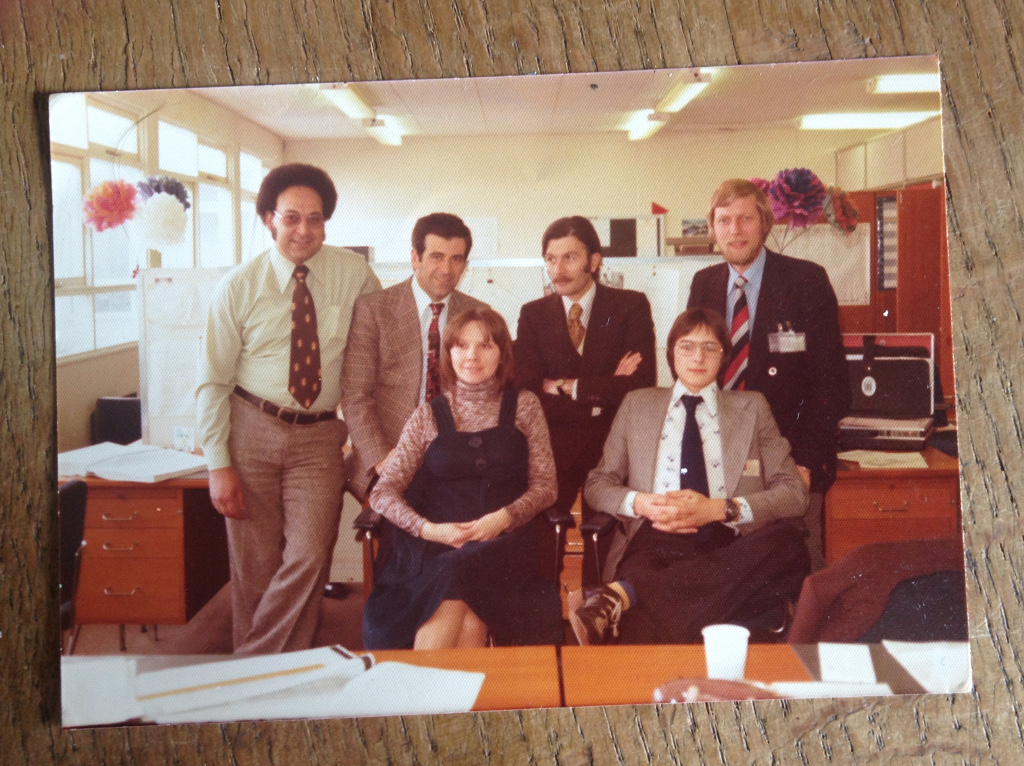 I didn’t intend to be a programmer… chemistry was my bag… but my ‘gap’ year at IBM helped me change my mind.

In my offer letter I was told

you will accrue paid holiday entitlement at the rate of 1 2/3 days for each completed month of service.

I wondered who decided whether I got one, two or three days.

I worked as a clerk in the ROSS User’s group: Rationalised Ordering Support System. Part of my job was to check the overnight processing and send telexes to the European countries advising them which of their tapes had been processed overnight. The tapes, which were transmitted by IBTS, contained details of customer’s orders for machines being built in manufacturing plants in Havant, Greenock, Montpellier, Mainz, etc.. Originally I hand wrote the telexes and sent them by internal mail to the telex operators who then typed them into teletypes.

We didn’t have any computing equipment in our office. But around the corner were some 1053 and 2741 typewriter terminals. I discovered that I could use a system called RETAIN to type the telexes myself, sending them to the RETAIN id’s of the individual country users. So, I effectively sent my first email in 1975.

I didn’t learn anything about programming until I went to University, a year later, but I did learn how to touch type. 43 years on I my touch typing has deteriorated. Partly due to the smaller keyboards and partly due to Gutenberg.